It may be a frightening concept for some people; however, I believe that we are all programmed to grow, change, and strive for higher emotional stability and enhanced life satisfaction.

This opinion is backed by two eminent contributors to modern psychology, counselling and psychotherapy – Abraham Maslow and Carl Rogers.

Both from what has later been described as the Humanistic Approach to counselling and psychotherapy, Maslow left us with a visual tool that remains in use by his contemporaries today – the Maslow Hierarchy of Needs.

While Rogers remains a key figure in modern approaches to counselling and psychotherapy, due primarily to his revolutionary thoughts that went against many of the previously established norms of the profession.

What is humanism in counselling and psychotherapy? Vereen, Hill, Aquina Sosa and Kress said “humanism emerges from the emphasis counsellors place on relationality, development, empowerment, wellness, and social justice”.

Furthermore, Summers, Borland, and Walker (1984) described Humanistic Psychology as “A view of human functioning that emphasizes the uniqueness of individuals, their subjective experiences of the world, and their strivings and potential for growth”.

Maslow and his Hierarchy of Needs

Abraham Maslow was born in New York in 1908 and, after first attending the City College of New York, where he studied law, Maslow transferred to graduate school at the University of Wisconsin to study psychology.

During his esteemed career, he was a psychology professor at Alliant International University, Brandeis University, Brooklyn College, New School for Social Research, and Columbia University.

Maslow (1943) said he believed that “human motivation is based on people seeking fulfillment and change through personal growth”.

During his long tenure in the field of psychology, he developed his now generally quite well-known triangle, or pyramid if you like, known as Maslow’s Hierarchy of Needs.

The bottom level of the five-stage pyramid is like what many people would be familiar with if they have ever studied the previously immensely popular food pyramid theory.

In that theory, you find the essentials to good nutritional health – your water, bread, fruit and vegetables and proteins (meat, poultry, eggs etc.) at the broad base of the pyramid.

With Maslow’s Hierarchy of Needs is foundation level is known as the ‘Physiological Level’ and covers the extremely basic human needs that encompass breathing, food, water, sex, sleep, homeostasis, and excretion.

The second level up, the ‘Safety Level’ includes security of body, of employment, of resources, of morality, of the family, of health of property.

The middle layer of the pyramid, known as the ‘Social’ level, includes friendship, family, and sexual intimacy.

‘Esteem’ is the second-highest level and includes our needs and desires across areas such as self-esteem, confidence, achievement, and respect both for and from others.

Finally, right at the top of Maslow’s Hierarchy of Needs, is the ‘self-actualization’ area.

These top-level needs, according to Maslow, are morality, creativity, spontaneity, problem-solving, lack of prejudice, and acceptance of facts.

Further, Maslow (1954) described self-actualization as a person’s need to be and do that which the person “was born to do” and that “a musician must make music, an artist must paint, and a poet must write”.

Interestingly, Maslow (1970) believed only a small percentage of human beings (2 per cent) will reach the state of self-actualization.

The main concept though behind the pyramid is that we must first meet our lower level needs before we are able to progress on to meet higher level growth needs and I think this is an invaluable reference point for humanistic counsellors (and all people working in the helping professions to utilize).

Just as importantly, Maslow recognized that events and occurrences happen in life that might set us back from constantly moving up to the higher levels, and therefore believed that self-actualization was a continual process rather than a perfect state one reaches.

What I like in particular about the five-stage pyramid is that it gives mental health practitioners (and potentially clients themselves) a virtual road map to determine the current position of the client’s basic needs, right through to the highest levels of their self-actualization.

I believe this strategy can empower the client to see the areas of their life where things are deficient. To see how far they have grown and how far they could still get, particularly if they can see that their lower-level needs are being met, or perhaps more importantly, not being met.

The Maslow Hierarchy of Needs has been criticized however for having some limitations, these criticisms are primarily based around his assessment of what a self-actualized person is.

Using biographies of eighteen people that he identified as being self-actualized, McLeod said this technique is “extremely subjective as it is based on the opinion of the researcher”.

While others have said the theory is also potentially weakened by evidence that suggests many creative individuals, including authors and artists, have battled through poverty and hunger to reach the highest levels of self-actualization.

Rogers and his Belief in Human Potential

Carl Rogers was born in Chicago in 1902 and he had anything but an orthodox entry into psychology.

His first career choice was agriculture, however, he spent two years at the Union Theological Seminary in New York, before attending Teachers College at Columbia University where he obtained an M.A. and a Ph.D.

Rogers then went on to serve as director of the Society for the Prevention of Cruelty to Children in New York and wrote his first book, The Clinical Treatment of the Problem Child (1939).

It was his work with troubled children that strongly influenced him in constructing his client-centered approach to counselling and psychology.

Rogers suggested that the client, by establishing a relationship with an understanding, accepting therapist, can resolve difficulties and gain the insight necessary to restructure their life.

He called this approach ‘phenomenology’.

Rogers believed that we react to the world as we perceive it and that “The organism has one basic tendency and striving – to actualize, maintain, and enhance the experiencing organism” (Rogers, 1951, p. 487)”.

What is self-actualization according to Rogers? He described it as being “the good life” – “The good life is a process, not a state of being. It is a direction not a destination” (Rogers, 1967, p. 187).

One analogy that Rogers famously used to describe growth in humans (and all other living organisms) was in his heartfelt look at how a simple potato, even in the worst of conditions, strives to be its best possible self…

“I remember that in my boyhood, the bin in which we stored our winter’s supply of potatoes was in the basement, several feet below a small window. The conditions were unfavourable, but the potatoes would begin to sprout — pale, white sprouts, so unlike the healthy green shoots they sent up when planted in the soil in the spring. But these sad, spindly sprouts would grow 2 or 3 feet in length as they reached toward the distant light of the window. The sprouts were, in their bizarre, futile growth, a sort of desperate expression of the directional tendency I have been describing. They would never become plants, never mature, never fulfil their real potential. But under the most adverse circumstances, they were striving to become. Life would not give up, even if it could not flourish. In dealing with clients whose lives have been terribly warped, in working with men and women on the back wards of state hospitals, I often think of those potato sprouts. So unfavourable have been the conditions in which these people have developed that their lives often seem abnormal, twisted, scarcely human. Yet, the directional tendency in them can be trusted. The clue to understanding their behaviour is that they are striving, in the only ways that they perceive as available to them, to move toward growth, toward becoming. To healthy persons, the results may seem bizarre and futile, but they are life’s desperate attempt to become itself.” – Carl Rogers (1980) A way of being.

So how exactly did Rogers approach the counselling relationship? Well, basically the complete opposite of what you may call “traditional” psychotherapy.

He rarely asked questions, he did not make diagnoses, carry out tests, or provide evaluations or advice. Instead, he let the clients tell their stories at their own pace and used a technique called “reflective listening”.

This technique, which essentially involves paraphrasing what the client has said, helps the counsellor or psychotherapist see the world through the eyes of the client (or more accurately sees the client’s world through their eyes) with a view to helping the client better understand their own reality, their own world and where they sit in it.

Rogers believed this environment, otherwise known as a “therapeutic alliance”, also includes having deep empathy and regard for the client and allows the client to fulfill their own ability to grow, be independent and productive.

However, like any theory, Rogers and his approach has been critiqued and criticized in subsequent decades.

It has been frequently described as being “vague”, in particular in regard to the lack of diagnoses that Rogerian therapists make.

Harvard Mental Health (2006) said Rogers techniques “may also work less well with people who find it difficult to talk about themselves or have a mental illness that distorts their perception of reality.”

Abraham Maslow and Carl Rogers strived to break free of the most accepted strategies employed by psychotherapists before their time – namely behavioral and psychoanalytic theories and helped provide a closer link between “expert” and patient/client.

They believed that the client is the true expert when it comes to their own life and that we all have the ability to find relief to the many of the common issues that may be challenging to us, we just sometimes need some help discovering those strengths.

I believe Rogers and Maslow’s greatest contribution to counselling and psychotherapy is that they have served to empower individuals, to help these people respect their own intelligence and engrained abilities to grow and learn.

This means that the counsellor or psychotherapist can be relieved of carrying the full weight of expectation that they must somehow “cure” the patient, like a medical doctor.

Instead, Maslow and Rogers helped place some of the responsibility on the client to do what he/she was born to do – be the best possible representation of themselves.

Emotional Dependency and how to overcome it

I would wager that when you think about how your mind (brain) and body connection works, the first thing you think about is the brain feeding info and commands down to your body, right? That’s […] 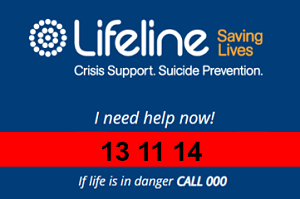